California Initiative Started to Eliminate Spousal Maintenance in that State 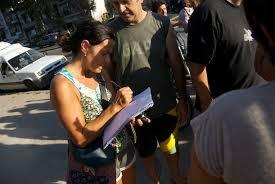 A California software consultant has taken an unusual step to fight his alimony (spousal maintenance) payments. He has written an initiative to end alimony altogether in the State of California, and has received permission from the Secretary of State to start gathering signatures per California law. If he can get 365,880 registered voters to sign by Nov. 2, the initiative will be put up on the ballot in 2016.

The author of the initiative believes that alimony is an outdated concept now that most women are working outside of the home and have marketable skills. He also believes that some people use alimony as a “retaliatory tactic” and that alimony debates draws out divorce proceedings.

If this initiative does get support and it passes, it will be a very interesting experiment. Alimony has been around for centuries, but gender roles and income levels have certainly changed. We will keep an eye on this issue and see if it makes the 2016 ballot.

If you have questions about alimony, or spousal maintenance as it is called in Washington, or other family law questions in the state of Washington, call Elise Buie Family Law. We can help.