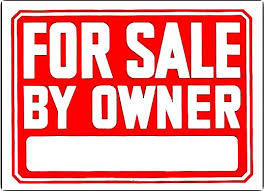 Spousal maintenance payments can force people to make very difficult decisions. When a court calculates spousal maintenance, all the assets of the one who is paying are taken into account, not just income. Someone paying may have to sell land, rental property, or other tangible assets to raise the money to meet the court order.

A case in Nebraska illustrates this. A couple in their 90s divorced. He continued to live in their trailer while she went to live in a nursing home. The woman did not work while they were married and had depleted her savings 10 months after entering the home, so she sought spousal maintenance. The court ordered the man to pay $3300 a month to help offset the costs of her care, despite the fact that he receives a lower monthly income than her.

Why? Because he owns 200 acres of land worth $560,000. He also had to pay his ex her interest in the cost of their motorhome at current market rates. He owned the acreage prior to marriage, but in Nebraska that can be used to satisfy spousal maintenance payments.

He claims that these payments are driving him into poverty and that this is illegal under Nebraska law, but the Nebraska Supreme Court ruled in favor of the ex-wife anyway due to his legal reasoning and the fact that he still owns the land.

If spousal maintenance payments are forcing you into debt, it may be possible to renegotiate. You will need skilled legal help on your side to argue for your case. Contact Elise Buie Family Law, PLLC to talk about your situation. We can explain spousal maintenance law in Washington State and what your options are to modify the agreement. Call today.