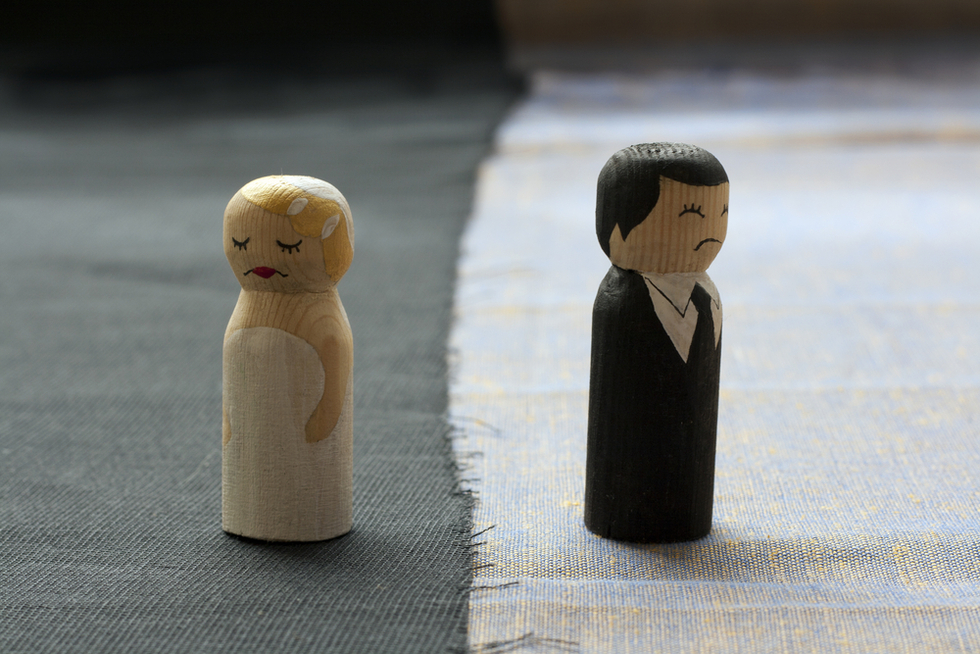 It would seem like multi-millionaire Robert Herjavec has everything. The CEO of Herjavec Group, a global internet security firm, is also the popular host of television’s Shark Tank and a surprise success on Dancing with the Stars. But, in early March, following months of speculation, Herjavec announced he and his wife of 25 years had legally separated.

As his personal life began to crumble, word of Herjavec’s depression became the fodder of gossip columnists. Looking for something constructive to do to take his mind off his troubles, Herjavec volunteered at Seattle’s Union Gospel Mission, where he worked in a soup kitchen for the homeless. He says the experience changed his life. In a recent interview on ABC’s Good Morning America, the millionaire urged viewers to “‘have hope.'” He says it is imperative to “‘believe tomorrow will be a better day.'”

Divorce is routinely listed by mental health professionals as one of the most stressful times in a person’s life. The paperwork, court proceedings, and stress involved in the divorce process can take a severe toll on a family. It is not uncommon for those who must face this process to walk away emotionally exhausted. The example of Mr. Herjavec, a person with access to seemingly endless resources, illustrates that it is rare for someone to be immune from serious effects brought about by the grief and heartache that often accompany the end of a marriage.

Certainly, divorces are caused by a culmination of factors. Sometimes only the two people involved know all the reasons behind the split, although often not even they know exactly what their former spouse was thinking. But every divorce shares one constant: a divorce is the death of a marriage. Every person mourns the death in their own way, and whether that means devoting oneself to child-rearing or volunteering at a homeless shelter, it takes time to heal from a divorce.

Herjavec’s advice to “have hope” is consistent with the recommendations put forth by Mental Health America (MHA) Guide to Separation and Divorce. ‘Thinking positively’ and ‘taking time to explore your interests’ are two recommendations the MHA has for those seeking to cope with the difficult feelings that accompany divorce and separation.

If you are facing the divorce process and live in the Seattle area, in addition to traditional individual and family counseling and therapy, there is a diverse network of support groups, ranging from low cost groups facilitated by social workers to free meetup groups with member-organized activities. If you think volunteering for a good cause may help in the healing process, there are thousands of local charities where volunteering your time could be extremely helpful not only for you, but also those in need.