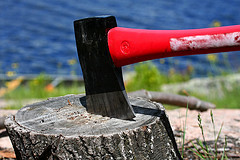 It has been a crazy week for abortion at the state level. Sadly, the events of the past few days clearly illustrate that abortion regulation must NOT be left to the states, as suggested by Donald Trump last week in the presidential debate.

Yesterday in Virginia, abortion providers were victorious as the Board of Health overturned the Targeted Regulations on Abortion Providers (TRAP) laws. As I watched dozens of people testify for hours in hopes of swaying the board one way or another, it became abundantly clear that at the heart of much of the anti abortion rhetoric was ultimately a distrust of women and a fear of their sexuality, not concern for their safety.

The anti abortion presence at this hearing, in relatively liberal VA, was beyond anything I could have imagined. Never in my life have I heard so many people with absolutely no expertise give medical and moral advice to women in a masked attempted to restrict their legal rights.

One man was particularly disturbing. A local middle-aged man gave testimony regarding teen abortion. He claimed, “They have a responsibility not to get pregnant in the first place.” He went on to talk about how the issue of abortion could be solved by ending promiscuity, but NEVER once mentioned men or their role in conceiving a pregnancy.

Dozens of anti choice people gave testimony ranging from a comparison of abortion to eugenics, claiming it was the liberal white government of VA trying to reduce the black population, to a “pregnancy crisis center” worker who argued that women who get abortions will become addicted to drugs or alcohol.

These regulations resulted in a closure of more than 30% of abortion providers in the state, many of whom provide pregnancy prevention and sexual health services. Perhaps the clearest indication that these laws are not for the protection of women is the fact that these extreme requirements do not apply to physicians who perform less than 5 abortions per month, meaning many private OBGYN’s are exempt from these laws. They are intended to shut down providers of abortion on a larger scale, like Planned Parenthood. It is not that you are more likely to have a medical complication at Planned Parenthood than at your OBGYN, but rather abortion at your OBGYN is very difficult to obtain, therefore less women will be undergoing the procedure.