Major Pitfalls to Avoid During Divorce 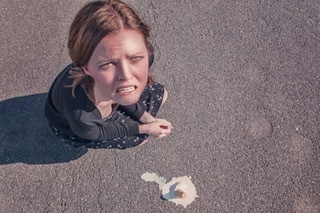 Unless your divorce has been finalized, it’s unwise to make major purchases during the divorce process. It can be tempting to go out and get yourself something nice to make you feel better but this will only complicate the legal process and cause your problems down the road. The last thing you want is your soon-to-be-ex acquiring half of your new purchase. Washington is a community property state, which means that everything earned and all property acquired by either spouse during a marriage is community property and can be split 50/50. Additionally, this could unnecessarily elongate the process and intensify debate, it’s better to wait until things are finalized.

Be Honest with Your Attorney

There are many things that it may be tempting to conceal from your attorney during a divorce but they are the one person you need to absolutely honest with during this difficult time. Things like your true income with all pertinent figures disclosed, a full list of assets, and all the negative things your spouse may tell their attorney should all be shared with yours. The truth will eventually come to light, that is your spouse’s legal counsel’s job after all. When it eventually does, and you haven’t informed your lawyer, you will have put yourself in a weaker-than-necessary bargaining position. Your attorney wants to trust you, and you likely aren’t as clever as you may think you are, so better to establish trust and a working relationship early on so you can both work towards your end goals. Being truthful about your real goals is also a critical step in divorcing your spouse smoothly. False bravado may seem like a solid defense mechanism but it will fall apart eventually.  Your lawyer has no doubt heard it all before, so be honest and put yourself in as strong of a position as possible.

Social media has become intimately tied into our 21st century lifestyles and the majority of people currently getting a divorce in America are on one or more social media platforms. This can be a dangerous thing to have at your fingertips before and during the divorce process. First, you should absolutely lock down your privacy settings ad make sure that any self-incriminating posts from the past have been deleted. Like everything on the internet, “deleted” isn’t as permanent as it sounds, but this can go a long way in preliminary damage control. If you find yourself in a heated battle during your divorce, anything posted on social media can be used to build your spouse’s case. Avoiding making any disparaging or risqué posts during this time. The moral is, stay cognizant of what you’re putting on the internet before and during the divorce process, it’s on there forever and the last thing you want to do is post something that later comes back around and negatively impacts you.