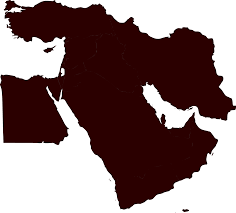 People facing child support payments sometimes can’t handle the stress. An irresponsible person may find themselves and their income painted into a corner. One man’s quest to deal with this pressure lead to his possible death as a jihadist.

The man in question had nine children by various wives. He worked as an airline refueler for $15 an hour and did his best to support them. When he lost the job though, he had trouble making ends meet despite receiving public assistance. Then he was told he had to pay an additional $700 a month to support three of his children on top of all the other support he was paying.

A friend of the man told the AP that he was never the same after losing the job. In December of 2013 he posted pictures of mutilated children in Syria and protested about why this was happening. A month later, he was in Syria himself posting Facebook pictures of his new life. Eight months later, a member of the man’s family received a picture showing that he was dead of a gunshot wound to the head.

Due to this man’s actions, nine children will now go without a father. While this is a very extreme case, there are many people who are struggling to pay their child support. There are ways to get help to deal with the stress. For more information, call Elise Buie Family Law Group, PLLC.