One Very Expensive Divorce in Russia 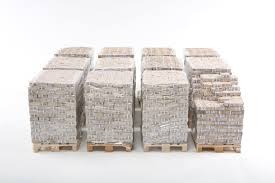 Many of the divorces that hit the newswires are from extremely rich people. The complexity of assets from multi-billionaires and the rich lifestyles they lead make these cases very hard to try. One Russian oligarch may be in for the world’s most expensive divorce. The total payout could be more than $7 billion dollars. That billion with a b!

Forbes has a write up on the history of how Vladimir Potanin got his wealth after the fall of the Soviet Union. He is no stranger to great losses. He lost around $17 billion dollars after the financial crisis of 2008, but he has since grown his wealth back to $15.4 billion. Now, under Russian law, his ex-wife is asking for half of that.

Potanin divorced his wife in 2014 after a 30 year marriage and offered $250,000 a month in alimony to support her and their three children. She thought this was insufficient and has filed proceedings to get half of Potanin’s assets. She has sold her stakes in Potanin’s companies to the state to avoid business entanglement. She has also admitted to CNN that the family used to take $10 million dollar vacations.

Just because you’re not a multi-billionaire doesn’t mean your assets don’t deserve equal care in a divorce settlement. If you are considering divorce, protect your assets by speaking with a skilled family law attorney. If you live in Washington, call Elise Buie Family Law Group, PLLC today for a free consultation.