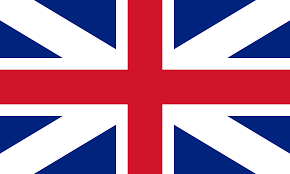 A racy photo or two can be enough to send a couple into questioning their marriage if it gets out, but a case in Britain takes this to a whole different level. The now-ex wife of a British lawmaker said that a bunch of racy selfies ended her marriage.

According to the woman in question, she began publishing selfies on Twitter featuring her in low-cut tops and bikinis, and she did it with her husband’s permission. And there were quite a lot of photos too from the self-proclaimed “Queen of the Selfie.”

From her perspective, her husband got jealous after she started getting a lot of attention and people stopped paying so much attention to him. She said she used to feel fat and frumpy, and then turned herself around to be happy, confident, and sexy. She was even stealing the spotlight when they would appear together at political events.

However, she also states she was never told to tone it down or to cover up. In fact, she was encouraged to post the pictures! The woman says she is happy with her split from her husband.

Couples sometimes do encourage each other to do racy things that could expose themselves to the public. Often these acts can have unintended consequences that can push a couple to divorce. If you or your partner are feeling uncomfortable because of something racy you decided to do, you should stop and discuss it with them or together with a marriage counselor. If you need help locating one in Washington, Elise Buie Famiy Law Group, PLLC can help.