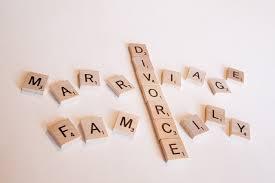 The two New Orleans women in question filed for divorce on June 26th. Prior to the decision, there was no way for them to legally divorce. The two women had resolved most of their legal differences beforehand. They have lived separately for five years. There was no custody fight over their college-aged child. They also had already divided their assets. All they needed was the legal say-so to declare their marriage over.

They originally had gotten married in Massachusetts. While it is easy to get a marriage certificate in that state, you have to be a legal resident in order to obtain a divorce. Neither of them wanted to live a year in that state to get one due to professional obligations.

Divorce lawyers will need to learn how to handle same-sex divorces. Old laws that split assets and custody based on the gender of the individuals will have to be reassessed in line with new social norms. There will be a lot of litigation over the next few years to clear up these issues. If you are seeking a divorce and are in a same-sex marriage, contact Elise Buie Family Law Group, PLLC to learn the current divorce laws in Washington.