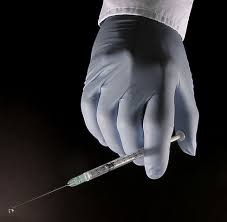 Led by mayor Ed Murray, Seattle introduced a 9 ½ Block Strategy plan. This plan was aimed to crackdown on drug dealing and problems related to drug dealing in Seattle’s busiest area, downtown. This plan has largely been heralded as a success although there is data that supports claims that a lot of that same crime has been displaced to the surrounding areas.

This strategy became increasingly needed in recent months as Seattle’s heroin epidemic rages on. Law enforcement officials admit that some displacement of crime is bound to happen but argue that this concern is not as serious as the numbers may indicate. They point out that drug abuse and distribution is on the rise across the entire city, not just downtown.

The number of 911 calls related to drug sales increased in all nine neighborhoods that border the downtown area. The opposite has occurred during the target area as calls have decreased drastically. Police argue that the increase in calls in surrounding neighborhoods would have occurred anyway, whereas the decrease in crime downtown would not have naturally occurred, making this a relative success in the eye of officials.

Seattle has a large drug problem in comparison to other major American cities especially ones that are as affluent as Seattle and the surrounding areas. Calculated strategies and tactics by law enforcement are exactly what the city needs in order to combat these issues and make our city safer. Drugs and violence go hand-in-hand and have to be a top priority issue for our tax dollars to be spent on. I can understand the frustration of residents in surrounding neighborhoods but I hope that everyone can understand that without these concentrated efforts, drugs and violence will only become more prevalent.