Should You Keep the Marital Home in Your Divorce? 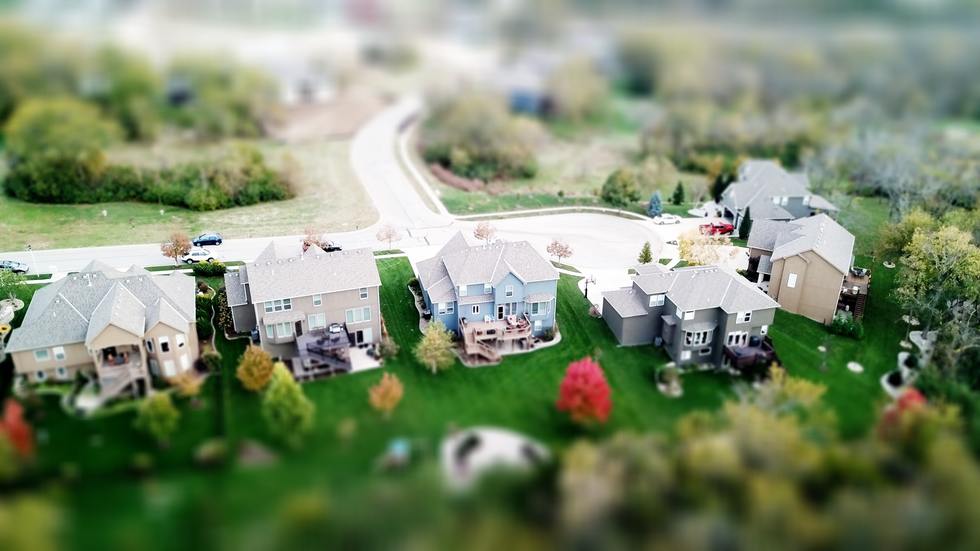 I was recently watching a video on social media in which a woman gave her followers a room-by-room house tour of the home she lived in with her soon-to-be-ex, which they were selling due to their divorce. An hour before the house closing, she stood tearily in the remodeled kitchen, where she recalled baking brownies with her daughters. She then moved to the living and dining rooms, reminiscing about countless dinner parties and movie nights with the entire family.

Here’s what she didn’t mention: the nights her husband was late for dinner because he was canoodling at the office. Or how the kitchen renovation became the source of nasty arguments because it strained their budget.

Nonetheless, the woman turned back the clock to better days, all of which she associated with the family home. The best thing I can say about this public goodbye is that she had, at some point during the divorce process, decided to let the house go. Not every couple does, especially when they have children together.

Typically, the parent allocated more parenting time attempts to keep the house in a divorce. The reasons can vary but generally have more to do with maintaining stability for the children than anything else. Uprooting kids, even teenage ones, can be a scary and unwelcome prospect for many parents, which causes them to hesitate to do it and, instead, create anywhere from an unpleasant to an unlivable situation for themselves.

But that doesn’t have to be the case. When it comes to the family home, you have numerous choices to weigh before deciding, each of which could affect you and your family for years to come. Here they are.

Selling the marital home during a divorce is the most common preference among divorcing couples. Soon-to-be-exes place the house up for sale and distribute the proceeds according to their state’s rules. Washington is one of the few community property states left. That means if the spouses purchased the house during the marriage, each spouse will generally receive 50 percent of the equity when they divorce, although there could be exceptions. The benefits of selling the home before divorcing include each couple walking away knowing how much money they have at their disposal and unlinking themselves financially from one another.

Additionally, given how the marital home can bring up a lot of emotion for the people living there, promptly selling it can be mentally freeing. Folks don’t necessarily realize how staying in the marital home can become an invisible prison, keeping the inhabitant(s) locked in the past, unable to move forward with their life because walls talk.

If you’re willing to “take one for the team” in the name of your children, you might want to reconsider. Kids are surprisingly resilient and need less than you think. If you’re downsizing in the same neighborhood where the kids can attend the same school and keep their friends while providing them with a safe, clean environment, you won’t have to do much more than decorate your children’s room to their liking to make them happy.

Even if you have to move to a new town, you and your kids will adapt. I know because my kids and I did.

Going with the option of selling the marital home sometime in the future presents other scenarios for you to evaluate. The first is keeping both your names on the deed and mortgage. Each of you would then be responsible for paying your designated share of the real estate taxes and home insurance.

It’s an option that’s incredibly risky if you cannot afford to support living in the house on your own, which is why a lot of lawyers advise their clients not to do this. Your stability will be in immediate jeopardy if your spouse chooses to apply for a change of circumstance, changing yours such that you have no choice but to move out quickly.

Not to mention, relying on your ex to support you is an agreement that can grow stale over time, particularly for the person paying, who may likewise expect you to operate as though you’re on their payroll, which, of course, you’re not. It won’t, however, stop many people, namely narcissists, from trying.

Houses cost a lot to maintain, far beyond the mortgage, real estate taxes, and home insurance payments. Monthly bills keep coming, as do unexpected repairs, ranging from hundreds to thousands of dollars in a given month. Ask yourself: Is that home of yours worth digging yourself into a financial hole or perpetually being house poor? Likely not.

Plus, there are those darned memories, which can do a lot to keep you rooted in the past, all the while your ex gets to start over with a clean slate — quite literally if they choose slate for the patio in their new house. Again, is the house worth that kind of emotional pain?

Choose who will live in the marital home.

If you do decide to “keep the house for the children,” it’s not automatic that the wife will be the one to stay. Many husbands, especially if they are the larger earner, are choosing to live in the marital home following a divorce, and their wife moves elsewhere. Moving out can be financially freeing. However, make sure you won’t mind if you see your ex’s new squeeze squeezing orange juice in the kitchen that once belonged to you. It can leave a very sour taste in your mouth if you’re not expecting it.

Then, there are those ex-spouses who choose to nest. These divorced couples rotate in and out of the house during their parenting time. The children, on the other hand, live there permanently.

Because of the logistical issues such an arrangement raises over time, including sharing household chores and romantic “guests” (see above), these situations don’t usually last long. You’re divorced, so the last thing you need is more arguing. Nesting is a great way to keep the heated conversations going.

Particularly when someone threatens to upset our status quo, most poignantly by threatening to “take” your home from you, we tend to hold on tighter. It’s human nature.

However, it will behoove you to remember the difference between a house and a home during this emotional transition. Your house is a place where you live. A home is any place with you living in it.

Practical Advice for Starting a New Career After Divorce

Divorce is a time of transition, which can bring about changes in your professional life as much as it can in your personal life. Perhaps you are one of the ones, like many, who have decided that a fresh start…

Becoming a single parent, especially after being married and having a partner to share in the physical and emotional labor, can be a challenging transition. The role of single parent, even for those in a healthy co-parenting relationship with their…

If you are in love and looking to plan a life with your partner, congratulations. This is an exciting time for you both, and the goal is that the relationship will stand the test of time. However, a recent study…