Step Families – Our Family Story as seen through Ian’s Eyes 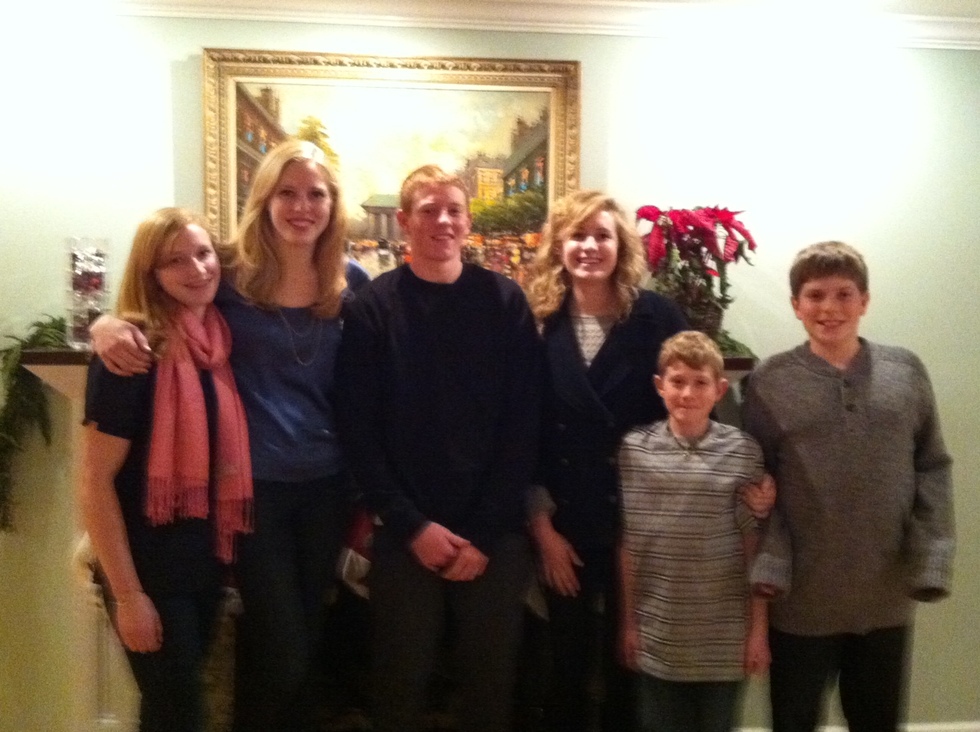 The number of siblings I claim to have varies on any given day depending on what best fits my story. Sometimes it’s three and sometimes it’s five but I consider both to essentially be true. Until moving to Seattle at the beginning of high school, three was the only option. When my mom remarried I gained two new older sisters, just what I wanted……….I’m sure they felt similar emotions, 3 younger brothers and a younger sister, that’s a lot to swallow.

In reality, my family had an extremely smooth transition as far as merging families go, but that is most definitely not always the case. My new sisters were both older and we had spent a lot of time with them previously so nobody really butted heads on anything substantial, it was not the painful process that so many step families seem to experience. I don’t think that there is any broadly applicable template on how to merge two family trees but there are definitely some pro tips that I have experienced and observed to be very effective.

Like all relationships I think that living and interacting with step relatives all starts with mutual respect on some level. Without that, there is really no point in attempting to build a rapport with anyone; it’s a waste of time. On top of that, I think it is important to initially treat your new family members as just that, new. You cannot start a relationship with someone acting as if they’ve been in your life the whole time. I think this is particularly important for stepdads. I have seen countless of my friends’ families split and their moms’ remarry a guy who comes in to a household of teenage boys and starts barking orders and belittling the kids as if he already has a lifetime of built-up annoyance towards them. This is guaranteed to be met by anger and disdain or best case scenario, an apathetic attitude to anything the stepdad has to say.

That’s not to say that kids can’t be held accountable by their stepparents, it is just better to do so in a way that acknowledges the awkward tension of the situation and doesn’t come off as a personal attack right off the bat. In these situations, respect is built up over time; and it is not going to come without mutual effort.

It’s impossible to set ground rules on every possible interaction with step parents which makes it hard to define situational “laws” for every scenario. In my eyes, the number one thing that stepchildren should focus on when dealing with stepparents is to remain conscious to the fact that they are now being essentially judged and dealt with by an outside party that may not have the same perception or understanding of your actions that your other family members likely do.

For example, my “pre-stepdad family” went through a lot of rough times and it left us all with tactless communication skills inside our family. There weren’t a lot of pleases and thank you’s, angry words were thrown around though without any actual aggression attached to them and heated disputes weren’t uncommon but also didn’t necessarily indicate long term issues. Simply put, we had bad communication skills.  That being said, I was probably the worst perpetrator on all of those issues. Coupled with being the oldest boy in the family, I was set up pretty well for some stepdad conflicts. Luckily though, my stepdad is the most respectful individual I’ve ever met and is incredibly conscious of the things he says. His levelheaded demeanor instantly took my aggression down a few notches just because of how collected he was even when dealing with tough subjects. We disagree about all sorts of things but it never causes a conflict because we both speak to each other in a way that nobody’s views or mannerisms are personally attacked, instead we just acknowledge that we are totally different but still have to interact a ton so might as well do so respectfully.

My family was lucky; everyone gets along relatively well and can work together on things without too much conflict. I think this is because we all started off on the same page on the subject and saw it for what it is, a little awkward. You don’t always want new stepparents or siblings and my first reaction was definitely to come at the situation with a certain degree of hostility. I quickly got over that when I realized that I had four years in the same house with my stepdad so there was no reason to butt heads, nobody wants that tension in their household everyday and it all starts with respect and understanding the point of view of the other people involved.