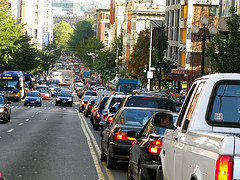 People divorce for many reasons. The most common reasons are financial issues, religion, infidelity, and growing apart. But there are other reasons too that could be considered strange. Prevention.com compiled a list of nine strange reasons for divorcing that we thought would be worth sharing.

Here are a few of them:

A study that tracked couples for a 10 year period in Sweden found a 4% uptick in divorce rates in couples that had a commute longer than 45 minutes.

A study published in Social Forces said that you’re 75% more likely to divorce if a close friend or family member divorces, and 33% more likely if a friend of a friend divorces.

Your first child is a girl.

Strange but true, if the University of Washington study is to be believed. They studied 60 years of census data.

This is a problem especially for women. The chance of divorce increases 6% if a woman gets seriously ill rather than the man or if both people stay healthy according to the Journal of Health and Social Behavior.

You drink too much.

A study of 20,000 couples showed that excessive alcohol consumption by one spouse increases the chance of divorce. Strangely, the divorce rate triples if it is the wife who drinks more than her husband!

To read the full list of reasons, check out the link we put above. Several of these reasons are more like factors that can push a marriage toward collapse. If you are feeling stressed out about your marriage due to something like these reasons please seek counseling. If you need help finding resources, contact Elise Buie Family Law Group, PLLC.