What Does a Box Of Chocolate Have to Do with Relocation? 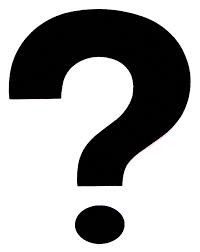 Your Box of Chocolates – Choose wisely

It’s not all a matter of law and presumptions – relocation that actually serves the child’s best interest is also a matter of sacrifice, selflessness, sharing and doing what is right for the children without regard to what might be “fair” or “reasonable.” Though the relocating parent might not know what their box of chocolates will offer, the relocating parent needs to ask some very important questions before biting into one.

The specific factors that should be considered before picking a chocolate and renting a UHAUL are as follows:

After consideration of these factors, the UHAUL is rented and the chocolate piece is selected, here comes the bite. What is in the middle of that chocolate?

Just like all things kid-related, this stage will pass – all too often; it will pass far faster than any parent envisioned. So, my best advice as a family law practitioner, relocated custodial mother and avid chocolate lover, before planning any move, consider not only the legalities of relocation but also the emotional and financial toll that it should have (and will have) on the parent choosing the relocation as well as the impacts on the children and the non-relocating parent. Relocation is as big of a decision as the divorce itself. Divorce and relocation are adult decisions that have profound impacts on the children involved. Thus, the relocation consequences that flow should be borne by the relocating parent as much as possible, not the innocent children and not the non-relocating parent.