7 Statements To Diffuse an Angry Ex 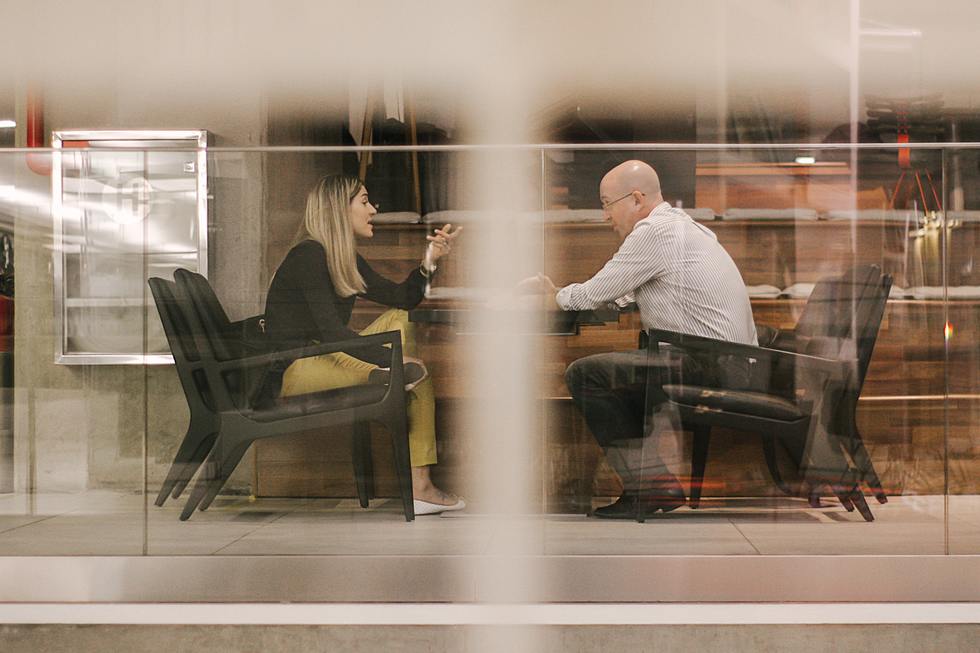 Communicating with an ex, especially about co-parenting issues, can be challenging even under the best circumstances. Diffusing an angry ex can be even more difficult. Now that your ex is “free,” they may no longer feel they have to comply with your every request. You might feel the same, and with good reason. No one’s arguing with you about that.

However, it’s the above sentiment, this newfound indifference, so to speak, that can cause an interaction to spiral out of control, become hostile, unproductive, and sometimes, in the worst-case scenario, destructive to you and, if you’re co-parenting, worse still, your kids. That’s why it’s so critical you learn how to talk to your ex in a way that keeps your discussions positive, fruitful, and, more critically, in the best interests of your children.

You’d be surprised at how what you say and how you say it can make or break a discussion. As a family and divorce lawyer, writer, communicator, and a once-divorced (I’ve since remarried) co-parenting mom myself, I know how the slightest alteration in my speech can produce a different outcome in a conversation. Those “alternative endings,” in turn, can do a lot of damage by derailing my day, my week, and, most significantly, negatively impact my children’s lives in a very profound and direct manner. That’s why I’m careful about how I speak to my ex. And he’s not even a bad guy.

But, honestly, whether he’s “good” or “bad” isn’t the point. He’s human, which means, like all of us, he wants to know I’m listening to him and that he’s worthy of my respect. And you know what? As my children’s father, he is. He may no longer be my husband, but his Dad title is here to stay. Plus, and it’s a big plus, the people deserving of the most respect from both of us are our four children, who, to this day, even in their teens and twenties, remain the most frequent topic of our interactions and are the reason I watch what comes out of my mouth.

Over the years, through my personal and professional experience, I’ve learned what statements work during communications, written and oral, and what quips can be the equivalent of throwing a hand grenade at someone, fueling an angry ex even further, which is never a good thing. What follows are the sentences I repeatedly use in my communications with my ex (and anyone else who’s angry for that matter) and advise my clients to use. Like they say in the trade, words matter.

“Let’s both take a step back for a minute.”

We’re quick to give our kids a timeout when they need to cool off, so why not provide ourselves one as well? Often, the best way to diffuse a heated discussion is to hit the pause button. Back to your corners, peeps! And do it sooner than later, preferably before you say something you’ll regret. Even if you apologize later, the words are out there.

If you are or have an ex who is prone to ruminating, those words will likely come back to haunt you later. If you’re the recipient, you might mull them over in your head. If you’re the one who doled them out, get ready for the fallout, which can come at any time. Anyone who’s ever dealt with an angry ex knows how a slow burn can be far more dangerous than an isolated outburst. Step up and suggest that breather. It will behoove you both.

“Let’s think about this together.”

Two heads are usually better than one, even if that head belongs to the ex you despise. No one, not even me, can come up with every creative solution possible. Plus, by using this language, you let your ex know you’re already open to potential alternatives, meaning they have hope to get what they want or at least part of what they want. Shut someone down without considering their position, and watch to see how little you receive from them.

Which sounds better, “I hear you,” or “I’m listening to you.” When you put these statements side by side, I believe you already have your answer, which is the latter option, of course. When you tell someone that you’re listening, they feel you’re paying attention to them instead of just hearing the words come out of their mouth while your mind might be elsewhere, perhaps focusing on what YOU want. “I’m listening to you” is a statement of action, while “I hear you” is passive and dismissive. Which would you rather have the person you’re speaking with say to you?

“I’m open to your thoughts and ideas.”

Letting someone know you haven’t made up your mind already is a great way to put them at ease. People generally get their backs up when facing a perceived adversary, which you might very well be, but you don’t need to underscore that fact by rubbing it in their face and being a jerk. The best part about saying you’re open to someone else’s thoughts and ideas is that the words might inspire you to welcome someone else’s thoughts and ideas for real. When you’re accepting, it’s much easier to solve conflicts. When you can solve problems, especially those involving your kids, you’ll be less likely to have combative discussions in the future.

“Remember, we both love these kids, so I’m certain we can work this out.”

It’s the reason why you’re engaging in this talk in the first place. And it never hurts to remind your ex of that fact, especially when the topic of conversation begins resembling another, one that has nothing to do with what you both set out to or should be discussing. Don’t be offended if your ex reminds you, too. Your children’s needs, not yours or your ex’s, should always remain the priority.

“I intend to be flexible regarding the kids’ (fill in the blank).

A successful negotiation doesn’t mean one party takes all, and the other walks away with nothing. Each party should walk away with at least a portion of what they asked for from the other. The way you achieve this end is to remain flexible, particularly about issues involving your children.

When the kids face a negative outcome because of your inability to compromise, you and your ex both lose because your kids matter most. The expression that a parent is only as happy as their saddest child stands the test of time because it’s the truth in most instances. Shame on you if your fighting with your ex is the cause of that unhappiness. Stay flexible for them.

“I wonder if a third-party could help us better understand each other so that we can find a constructive, workable solution.”

Sometimes we can all use a helping hand or when co-parenting an impartial ear. None of us are above saying to our ex and ourselves, “I think we need help.” Communicating with an ex requires restraint. It requires practice. And it often requires reprogramming your brain so that you can recognize the order of your priorities, which should have your children permanently positioned at the top.

Admitting you need the assistance of a third-party, be it a family member, friend, parenting coordinator, or family lawyer, to keep your conversations civil doesn’t mean that you or your ex have failed as parents. It means you’re hellbent on becoming the best parents you can be, the first step toward which is to become less angry.