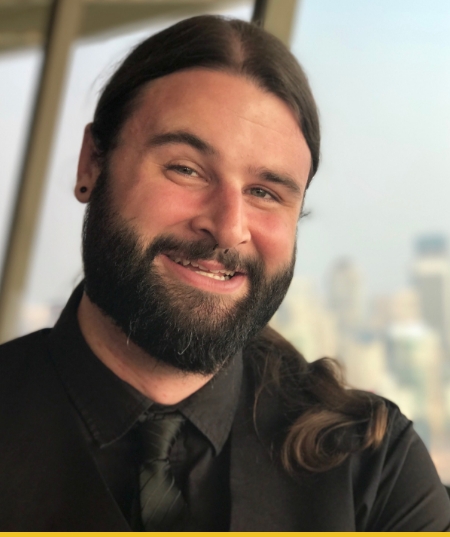 Kevin Beals is a family law attorney who cares deeply about his clients, their families, his role in their lives, and the justice system overall. Kevin strives to empower clients by educating them on the divorce process, options, and the “big picture”: what their lives will look like after the attorneys leave the room.

Kevin’s approach comes directly from his own life experience. In July 2019, Kevin found out that he had Stage III cancer and that he would be a father during the same doctor’s appointment. This fork in the road forever changed Kevin’s perspective on his own life and his practice as a family law attorney.

One of the fortunate ones, Kevin miraculously survived. As a result of the experience, Kevin realized that many divorce and family law clients face a similar fork in the road when confronted with difficult situations and decisions, particularly those involving issues such as custody disputes, relocation, and domestic violence.

Kevin hopes that his role in his clients’ lives will eventually become an “invisible” one by putting his clients in the strongest possible position. That includes his clients becoming fully capable of determining their future without an attorney.

Kevin’s strong background in criminal defense, redemptive law, and general civil litigation inform his family law practice. Many clients from all walks of life often find themselves at their worst moments during a divorce. Kevin hopes to keep this “snapshot” in time as a reference point clients will look back on later with a positive outlook.

Kevin strongly believes in using all forms of alternative dispute resolution and staying out of court whenever possible. An uncompromisingly ethical, zealous courtroom advocate when called upon, he also understands the importance of keeping a full toolkit of strategies and solutions at his disposal.

Kevin holds his B.A. in English from the University of Washington and his J.D. from the Seattle University School of Law.

Role in the Seattle Community

In his free time, Kevin enjoys spending time with his wife and their rambunctious one-year-old daughter. He prefers to be outside as much as possible year-round, is a known pluviophile and hiker, and has a 25 plus-year snowboarding obsession. Kevin is also an avid guitarist, photographer, writer, and reader.

We would be happy to set up an initial consultation. Thank you for taking the time to read through our site; we look forward to supporting you.

Please do not include any confidential information in your communications until we verify that our office can represent you and confirm our engagement with you in writing. Prior to that, Elise Buie Family Law, including but not limited to any of its agents and representatives, does not legally represent you. Therefore, we have no duty of confidentiality to you, and there exists no attorney-client privilege between us.