“Adulting” is Not So Bad 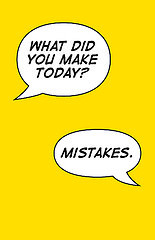 Can I enjoy the perks of being a “grown-up” without the heavy and complicated responsibility that comes along with it? Especially in trying times like suddenly having to fumble your way through the unraveling of your family unit. Blind-sighted by a partner that ditched you and the kids for greener pastures, realizing that you were okay financially as a two-parent household, but won’t be able to maintain certain luxuries you have become accustomed to let alone, afford to pay rent. What’s even scarier is the startling reality that you have figure out how to share your children with- the man you loved and committed a lifetime to, a man you once felt “safe” with, that hurt you so deeply it hurts to look at them.

Facing this new harsh reality that you are now a single parent is overwhelming from all angles. When you just feel sadness and anger and even depression, it sure would be a lot easier to go back to being a kid. Only, that is not an option at this point. Where in a partnership you may have had opportunity for “me time”, or be able to share in or blame mistakes on your partner, or rely on them to be your rock while you take some time to have a mini breakdown, indulging in feeling sorry for yourself, none of those things are an option as a single parent. Not as an adult and especially not as a single parent.

Now more than ever it is time to step up as an adult, assuming all the responsibility that comes with it because even though your relationship status went from married to separated, your status as a parent is unconditionally forever. As a single parent, every decision has to be in the best interest of your child. Whatever mistakes you made in the past certainly can’t be repeated and had better be life lessons that you learned from as you focus on pushing forward. Forward! Easier said than done though, right? Well, what is actually “easier” to explain or for your lawyer to represent when you are up against the father of your child for custody and child support and such, is a parent that behaves as a responsible adult, even in challenging times – especially in challenging times!

If that “me time” you had while you were a family unit paints you as impulsive or reckless, or if the sporadic shopping sprees you treated yourself to while you had two incomes racked up avoidable debt, your finances and spending habits are just as much under the microscopegoing through a divorce as your character. When you break it down, making mistakes with how you handle your finances is telling of your character. I can’t stress enough how important every decision is as they have either a direct or instant impact on your children.

At this point, what was done was done, and what was spent was spent, now the only “option” is to move forward as the exemplary parent your child needs and deserves. Being a single parent is absolutely difficult and challenging and can wear you down over time if you let it, but I would say that the reward of setting a positive example makes the sacrifices worth it. Not just being a great parent, but the responsible adult you hope for your child to become is so valuable. If I’m “adulting” correctly, I can teach them by example how facing adversity with a responsible approach is actually easier than navigating through a messy bundle of mistakes, embarrassment, and apologies, and maybe I’m getting ahead of myself here, but if by behaving like an adult and accepting all the responsibilities that come with it can produce such an outcome, doesn’t being a grown-up suddenly seem more appealing?