Don’t Open Your Water Bottle on the Plane 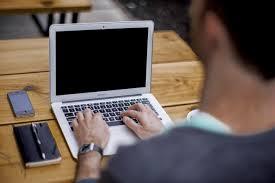 As I sit snugly between two professional men on a flight to Washington DC, I find myself laughing about the absurdity of things.  Silly me, I opened my water bottle on the flight and, unbeknownst to me, the pressure had impacted the water which proceeded to forcefully spray copious amounts of cold water all over the gentleman next to me and his brand new Mac Book Pro (I am sure I would have learned about this phenomena had I taken Physics).  Well, after drying off his MacBook Pro (which I was prepared to pay for, of course) and holding our breath to see that it would power on, I pondered that life is very much like my water bottle – spraying water (life’s problems) all over the place and with no warning and leaving copious amounts of stuff in all the wrong places.

All we can do is know that this type of geyser can happen at any moment and while we can’t be exactly prepared for the timing, we can have the necessary attitude and problem-solving skills to stop the spray and wipe up the stuff.  Though that cold water was shocking, we all know that problems will arise, they can’t shock us as they are a given.  Roll with your problems, don’t let them stop you in your tracks.  Life is full of problems.  My husband and I joke that I am going to write a book “You Can’t Make This Shit Up.”  Simply raising our brood of 6 kids could fill the pages of an oftentimes hilarious book.

Next, be willing to solve your problems in a variety of different ways – think outside the box.  I quickly dried his keyboard with the barf bag as there is no stash of napkins on a plane and water and computers don’t mix for long.  Time was of the essence.   Life demands quick, smart decisions – think big, think broadly and don’t be confined by expectations.  Barf bag = paper towel.

Yes, his computer powered on, we introduced ourselves at that point and I learned that he is a City Councilman headed to DC to work on LGBT Rights and to serve on a national committee formed in response to the Orlando shooting. I’m so glad his computer survived the fact that I avoided physics like the plague.

Fasten your seat belts and get ready to be sprayed – life marches on.