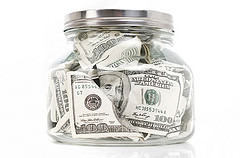 There are many stories about deadbeat parents who don’t pay their child support, but paying child support is more than just sending checks to your ex. There is actually a long chain of individuals that assist in the process. Employers are one important chain. Most of the child support in this country is garnished automatically off of payroll cheques. Employers are responsible for passing the funds along.

One man thought he was doing right by his children and paying on time, but after an audit he found out that his employer was secretly pocketing the money. He kept getting angry calls from his spouse asking about the money, but he thought it was just a backup at the attorney general’s office. His calculations showed a $28,000 discrepancy between what his payroll stubs said and what the state said he paid in child support over seven years. He was devastated.

When the employers were confronted, they initially agreed to pay but then never followed through. He quit the job. The Texas Office of the Attorney General has stated that they have paid the back child support.

If you ever discover a discrepancy between what your payroll stubs say and what the government says you have paid in child support, contact a family lawyer immediately as well as DCS. This is a very serious matter. If you live in the state of Washington, the lawyers to call are the ones at Elise Buie Family Law Group, PLLC.