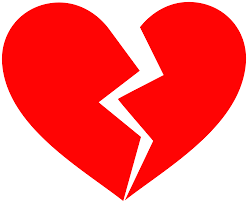 We would be remiss if we didn’t speak about the release of information that hackers stole from Ashley Madison, a site for people who wished to have an affair. Some divorce lawyers have spoken out about how there may be a significant uptick in the number of people seeking divorce after the information was released.

Social media has played a big role in divorces for some time now, but this is different. The whole purpose of the site was to enable affairs, and that has some lawyers on edge as well. Divorce judges have wide discretion on how to weigh evidence in a case. Depending on the region of the country, a suspected or confirmed link to the website could have a very negative impact.

Custody cases will also have to be re-examined. If a judge believes that a parent who chooses to pursue an affair is unfit to raise a child, then that will have a lifetime of repercussions for the parents and the children.

However, these cases may be complicated because Ashely Madison doesn’t require a user to confirm their email address when registering a free account. The purpose of this is to avoid a paper trail, but it is very unusual for social media sites. Under this policy, it could be quite possible for someone else to sign you up as a prank. However, accounts that switched from free to paid have a lot more information, including transaction information.

Were you affected by the Ashley Madison hack? Do you want to seek a divorce or seek to clear your name? Contact Elise Buie Family Law Group, PLLC for a free consultation.