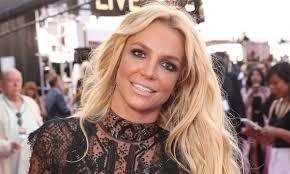 What is the #FreeBritney Movement? In 2008, when she was 26 years old, Britney Spears’s father, Jamie Spears, was appointed conservator (known as guardian in the State of Washington) after the singer’s widely publicized breakdown, which resulted in hospitalization and rehab.

Following her recovery, Spears has continued to live under her father’s thumb, unable to control her own estate, worth a reported 59 million dollars in 2020. Now 39, Spears wants her life back. So do her fans, who started the #FreeBritney movement to support her.

So compelling and relevant a story, even for those not in Spears’ ultra-high-net-worth tax bracket, The New York Times created a documentary called “Framing Britney Spears,” now streaming on FX and Hulu. Here is why Spears’ story is important for all of us to understand.

What is guardianship, and who requires it?

When a person loses the ability to make informed and meaningful decisions, seeking legal guardianship may be necessary to ensure their safety and quality of life.

In the case of Spears, she was put under guardianship following her very public breakdown 13 years ago. At that time, her father provided evidence that his daughter could not properly care for and manage herself amid her mental health struggles.

There are two types of guardianships.

Being appointed as guardian of the estate gives the guardian the ability to make financial decisions, pay bills, and hire health care providers. A guardianship takes the ward’s rights away or limits the ward’s ability to do some or all of the things they could do before without any judicial interference.

Who can be a guardian?

At a hearing, the court decides if the person seeking guardianship is well-suited for this role. In cases where more than one person is seeking responsibility for a ward’s needs, the court will decide who is best qualified for the position.

What is the difference between lay and professional guardians?

The court may appoint a family member or a friend (lay guardian) or appoint a professional certified guardian. Many states prefer the ward’s spouse, adult children, or other family members since they are often most familiar with their unique needs and abilities. If a relative or friend is unwilling or qualified to serve in this role, a court may appoint a professional guardian or public guardian.

Whoever is appointed will have a fiduciary duty to act in the best interests of the person they are appointed to serve. These tasks can include managing finances, selling property, making health care decisions, or arranging admission to a nursing home. The guardian will also be required to account for all money spent and regularly provide written reports to the court.

What are the guardian’s responsibilities?

Depending on the extent of the ward’s incapacity, guardians may have to decide where the ward will live, monitor their residence, provide consent for medical treatment, pay bills, manage the ward’s finances, act as representative payee, and make end-of-life decisions.

In other words, being a guardian is a huge responsibility. If the wrong person is in place, it could be devastating for the ward in many ways.

If a private or public guardian is appointed, these individuals are paid directly from the ward’s estate if they can afford it. The court must approve the compensation amount, and the guardian must carefully account for all their services, the time these tasks require, and any associated out-of-pocket costs.

Jamie Spears was reportedly paid $130,000 annually for his role.

How long does guardianship last?

Guardians must serve for the duration of the incapacity or until the court dismisses them. Therefore, guardianships can be ongoing for the remainder of the ward’s life for those who are incapacitated with no chance of recovery.

It is important to note that Spears is not seeking to eliminate guardianship at this time. Instead, she is seeking to replace her father with Bessemer Trust as the conservator of her estate. Last year, a judge appointed Bessemer to serve as co-conservator with him. However, Spears would now like her father removed entirely.

Spears, who remains tight-lipped about the case and continues to speak only through her legal team, has been described as a high-functioning conservatee and wants to have a say in managing her finances and life. With every conservatorship comes the risk of financial, emotional, and physical abuse. Spears’ attorney, Samuel D. Ingham III, stated in court the singer is “afraid of her father” and has not spoken to him in a long time.

To learn more about guardianship, contact one of our Seattle attorneys today.

Whichever way Spears’ case works out, one thing remains certain, and that is the ruling could have a lasting influence on how other guardianship cases are decided.

If the person you are caring for cannot make rational, clear-headed decisions about their health care, finances, or other aspects of life, and you believe seeking legal guardianship may be necessary, or you would like to discuss a current guardianship, call us today. We can help.

For more great content and a little something extra delivered right to your inbox every other week, subscribe to our newsletter.