Gray Divorce: How To Navigate a Seattle Divorce After 50 and Thrive 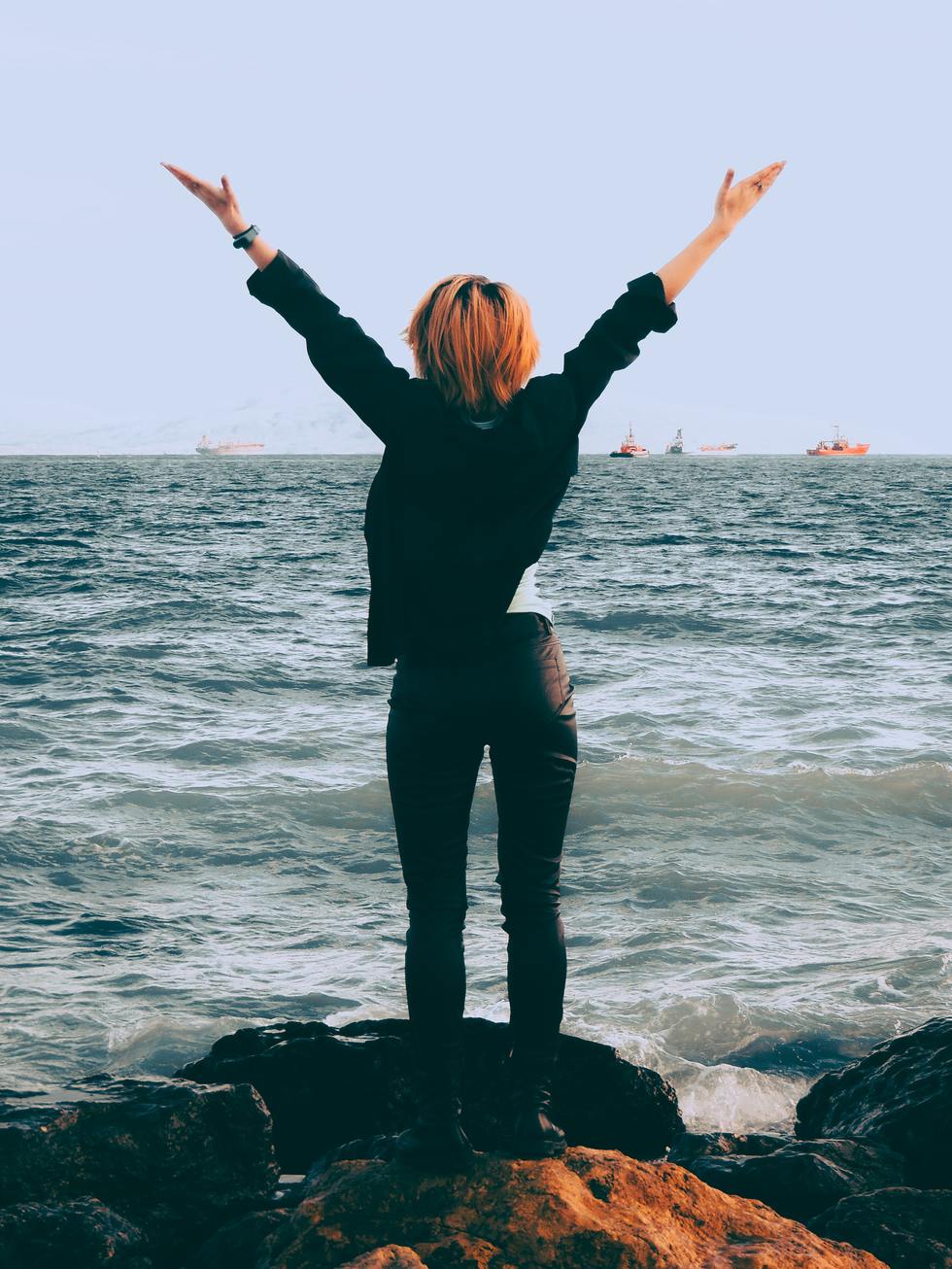 In May 2021, Seattle-based tech entrepreneur and Microsoft founder Bill Gates and wife Melinda French Gates (as she now likes to be called) announced they’re getting a divorce. They follow Amazon founder Jeff Bezos and now ex-wife MacKenzie Bezos, also members of the Seattle tech scene, who divorced in 2019. MacKenzie remarried earlier this year.

Although these couples made the news because of their ultra-high-net-worth status and notoriety in the Seattle tech community, they’re far from needles in the haystack. Instead, they represent a growing trend among couples over 50 ending their marriages. Nicknamed a “gray divorce,” these later in life divorces are on the rise and have been for years.

According to a 2019 study from Bowling Green State University, although the overall divorce rate has declined, it has nearly doubled among those over 50 since 1990. The rate goes up for second and third marriages.

The reasons for the uptick in gray divorces vary. Advancements in medical care have lengthened the retirement period for many, causing financial concerns. According to Social Security’s life expectancy calculator, a 50-year-old male born in 1971 can expect to live 81.9 years, while a female born in the same month and year can expect to live 85.3 years.

Divorce is also no longer seen as a social stigma that kept unhappily married couples together in the past. Instead, divorce is often considered a whole new lease on life, including the opportunity to find another partner. According to Pew Research Center, about half of the singles 50-64 and one-quarter of those 65 and older are looking for a relationship or to date.

Empty nest syndrome may likewise be a culprit; with the kids out of the house, there’s not as much to distract many couples from each other, and they don’t like what they see. Then, of course, there are those individuals whose sexual needs aren’t being met at home, whether because their spouse isn’t interested or they’re in poor health, so they cheat.

Given Bill and Melinda Gates’ sizable fortune, there isn’t much sense worrying if either of them will be unable to keep the lights on post-divorce. The same goes for their predecessors: Jeff Bezos was (and still is) still the richest person in the world after his divorce, and ex MacKenzie walked away the third richest woman on the planet following a reported 38 billion dollar settlement.

Unfortunately, not every couple exits a gray divorce financially stable. As for the emotional fallout from a divorce after 50, there isn’t a price tag for that.

Divorce can be difficult and heart-wrenching at any age; however, a gray divorce can present unique financial and emotional challenges. If you’re over 50 and contemplating a divorce, or are in the midst of one, here are several issues you may want to consider as you begin the divorce process.

The relationship between spousal support and retirement.

In a long marriage (or one longer than 10 years), particularly a marriage where a spouse took a step back from their career or stayed at home entirely to raise children, the lower-earning spouse may be entitled to some form of spousal support. How much and for what duration can turn on the length of the marriage, the age of the paying spouse, and the opportunities for gainful employment to the receiving spouse.

Another concern around gray divorces is the issue of health insurance. As people age, the need to visit doctors increases. Unfortunately, so do insurance premiums.

Individuals who have turned 65 may be entitled to Medicare. However, if you’re a spouse who hasn’t worked 40 quarters during your career, you may be charged a premium. If your spouse has worked the required hours, you may be entitled to receive benefits through them. But to do so will require that you were married for at least 10 years, don’t remarry, and are 62 years old or older.

Even if you qualify for Medicare, the plan comes with other inherent problems, including gaps in what it doesn’t cover. Supplemental insurance can help but requires paying an additional premium.

If you’re still employed, and your employer offers healthcare, you can seek benefits from them. However, keep in mind that you may have to contribute to the premium depending on the policy where you work. Another option would be for you to seek out a health plan individually through the Affordable Care Act.

These options require research. If you’ve been covered by your spouse’s health plan while married, you can buy extra time for yourself by electing for COBRA insurance until you find a more permanent method for health insurance. It’s worth noting that COBRA comes at a steep price; the employer’s premium rate, so it’s best not to take too long.

During a gray divorce, custody isn’t always an issue because the children in question are often over 18. However, if you have children under 18, your divorce and family lawyer can address their needs in your parenting plan.

Even if your children are grown, children are children no matter how old they are, and divorce can be an emotional and stressful time for the entire family. Therefore, it’s important you take care not to place your children (or grandchildren) in the middle of you and your soon-to-be-ex, especially if you’re involved in a high-conflict divorce.

Another touchy topic you should consider is the prospect of remarriage. After you divorce, you or your ex may choose to start dating again, even remarry. It can be a sensitive subject for children of divorce, even adult children. Remarriage can also raise practical concerns, which brings me to my next point.

In addition to the emotional aspect, a gray divorce can have significant consequences. It’s why you should visit an estate planning lawyer during your separation to perform a legal checkup.

During a divorce, it’s critical to address your estate planning needs because very likely, the person you would want to make decisions on your behalf should you become incapacitated or die has changed. While married, most couples choose their spouse to fill this role.

An estate planning lawyer can evaluate the impact of your impending divorce on your existing estate plan as well as what would happen after your divorce is finalized, including if you should decide to remarry. If you don’t currently have an estate plan, now is the perfect time to have a lawyer create one specifically for you.

Think about it; considering that you’re in the middle of a divorce, would you still want your spouse making end-of-life decisions for you or serving as the executor of your estate? What about becoming your beneficiary instead of your children? Forget about dividing your assets. If you die, your spouse could inherit everything you’re fighting for now.

It’s the rare bird who wants to keep their soon-to-be-ex in the same position they were in during marriage as far as estate planning goes and probably not a great idea since tensions during the divorce process can escalate fast. However, if you don’t change your estate plan, that’s what could happen.

As for what your children who are under the age of 18 inherit from you, that’s a whole other story. Should you fail to create a new estate plan that takes into consideration your divorce, your children’s other parent could end up controlling their inheritance as well.

To prevent this from occurring, consider having a Washington State estate planning lawyer update your will to include language that creates a testamentary trust following your death to be managed by a trustee you name. That way, if you die while your children are minors, you can rest in peace knowing someone you trust is looking out for their financial interests.

There are some issues you cannot address while separated. Therefore, a good rule of thumb is to do a second estate planning review one once your divorce becomes final.

A gray divorce may mean having spent decades with your spouse. No longer sharing your life with that person can be an adjustment and feel bittersweet. During a divorce, it’s easy to become fixated on financial discussions rather than the emotional toll your divorce is taking on you.

One study focusing on the loss of social relationships suggests as high as a 23 percent increase in the mortality rate of those who went through a separation or divorce. In addition, a Danish study points to divorce as the culprit for an increased risk of physical and mental health issues, including increased stress, anxiety, depression, and social isolation compared to the general population.

During a divorce, especially a gray divorce, which occurs later in life when there’s an increased risk of health issues, it’s critical to not neglect self-care. To that end, practice habits that improve wellness, such as eating a balanced diet, getting enough sleep, maintaining strong social and family ties, and taking up new hobbies or engaging in activities that help you feel good and keep you at your best.

Though your divorce may be “gray” and have you feeling blue, there’s no saying the years after can’t be filled with vibrant color. It’s why the third part of life is often referred to as the golden years. It makes sense; with decades of experience and wisdom behind you, your best years may be yet to come.

For more great content and a little something extra delivered right to your inbox every other week, subscribe to our newsletter. If you would like to speak with one of our Seattle divorce and family lawyers or a lawyer from our estate planning department, call us today.