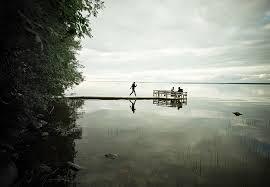 Everyone is talking about Angela Duckworth’s new book, Grit, The Power of Passion and Perseverance, even Pete Carroll, who is apart of the book and who met with Dr. Duckworth at Seattle University recently.  Among Grit’s most insightful takeaways: Effort counts twice toward your goals, Grit can be learned by anyone, High Standards matter, and the parenting magic found in the Hard Thing Rule (read the book to learn about the Hard Thing Rule).

According to Duckworth, Grit has two components: passion and perseverance.  Duckworth also touches on the idea of adaptation and maturity.  Using an example from Lakeside’s own headmaster, Bernie Noe, Duckworth explains the maturity principle. Using Noe’s example of his daughter who risked being fired learned almost overnight how to get her self up timely despite years of struggling to get to school on time (though she lived on Lakeside’s campus as the daughter of the headmaster). As Duckworth concludes: “Lectures don’t have half the effect of consequences.”

“Over time, we learn life lessons we don’t forget, and we adapt in response to the growing demands of our circumstances.  Eventually, new ways of thinking and acting become habitual.  There comes a day when we can hardly remember our immature former selves.  We’ve adapted, those adaptations have become durable, and, finally, our identity – the sort of person we see ourselves to be – has evolved.  We’ve matured.”

Duckworth’s book is a great read and offers many insightful lessons into grit – what is it and how to get it.