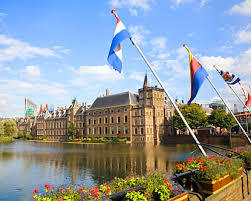 There is a major international agreement about child support that is working its way through state legislatures.  The treaty is designed to help participant countries enforce child support laws across their boundaries. 32 other nations and the EU have agreed to it, but Idaho may block US participation in the treaty. In order for this treaty to pass, all 50 states must agree with it.

The Idaho Senate has passed the bill, but a house committee voted 9-8 to table the bill. The federal government is taking action to pressure Idaho’s legislature into passing a bill that shows Idaho will recognize the treaty. They will begin to cut funding for Idaho’s child welfare system within 60 days and may also start cutting block grants. Ironically, this will harm many of Idaho’s child welfare programs.

Idaho is famously anti-federal government and haven’t appreciated the federal government’s demands to pass the treaty or else. Some legislators have worries about the human rights records of some of the signatories, especially in countries that practice forms of Islamic law. It is likely that a special session of the legislation will have to be convened to debate the treaty.

Worries about child support enforcement affect many single parents. Sometimes legal action needs to be taken to make sure children get the support they need, whether to enforce the rules in place or to renegotiate them when circumstances change. If you live in the Seattle area, speak with Elise Buie Family Law today. We can help.