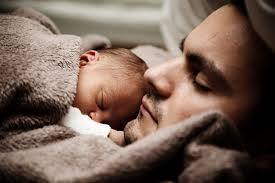 President Obama has decided to move forward a proposition to limit child support obligations for prisoners during the time they are incarcerated.  Those who support this action argue that current child support obligations strap prisoners with insurmountable debt that inhibits their ability to reenter society.  This move is part of a greater effort by the Obama administration to promote increasingly ethical criminal justice policy. Unsurprisingly, many republicans, including speaker Paul Ryan, have tried to block this effort. In their view, this policy change makes it very easy for parents to shirk their responsibility while incarcerated.

This issue is incredibly complicated on many levels. First, black and Hispanic men are disproportionately incarcerated in the United States, many for non-violent crimes that arguably should be decriminalized. According to recently released statistics, police arrest more people for marijuana than all violent crimes combined. Essentially it makes very little sense for the US government to incarcerate people for offenses such as possession of marijuana, decrease their child support responsibility, and then in many cases provide government assistance to their children because their father is unable to contribute.

For the above reasons, it seems that those who oppose this policy have a valid point. Unfortunately these same people are the ones advocating mass incarceration and perpetuating the war on drugs. Obama’s plan is yet another example of how the burden of mass incarceration falls squarely on the back of taxpayers. As a taxpayer, I am much more interested in having a marijuana user gainfully employed in the real world and fulfilling their parental obligation rather than seeking retribution through incarceration, paying to keep them locked up, and then financially supporting their children.