Judge Calls Out Banker for being a Deadbeat 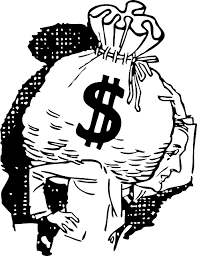 A deadbeat dad or mom is a parent who fails to pay their portion of child support. There are many reasons why someone may be deadbeat, but when someone does have the money to pay and fails to do so then the courts take a very dim view on that person.

Here’s one example. A former Manhattan banker claimed to the court that he was insolvent because he was trying to build a startup for the past three years and had no income as a result. He was supposed to be paying $1000 a week in support, but his wife complained when he stopped paying. He said he contributed by helping take the children to various extracurricular activities.

Then his ex-wife’s lawyer presented a photo of the man skiing in the Swiss Alps. The judge called the man up to explain, but his explanation wasn’t very good. He scathed the man in court for spending time “gallivanting” around Europe instead of paying his child support.

After a quick conference with his lawyer, he said he’d sell an apartment and put the money in an escrow for child support payments. Both parties are due back in court soon for further discussions.

Some people just don’t want to pay, and sometimes there are good reasons why someone can’t pay. If you’re called to the court for non-payment, you’ll need a family lawyer by your side. Call Elise Buie Family Law Group, PLLC if you need help in family court in the state of Washington.