Judge Reprimands Couple for Spending so much on Divorce 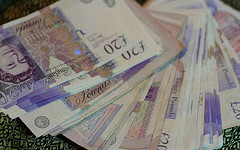 Using the services of a divorce lawyer should be done judiciously to avoid high legal fees after a divorce is settled. The longer a divorce is dragged out, the more expensive it gets. Sometimes it gets so bad that a judge is forced to comment on it.

That’s what happened in Britain when two very rich divorcees spent more than a million pounds in legal fees for their divorce case. The couple had a share of assets totaling six million pounds and they were fighting on how to split it. They were also fighting on budgeting for certain things for their two children, and they were not cheap. The ex-wife wanted 400,000 pounds a year, while the ex-husband wanted to pay 300,000 pounds. The judge split the difference in the final decision. Alimony benefits, a trust fund, and a lump sum were also part of the final package.

But the judge expressed his disapproval several times about how much money the two were spending to pay for legal fees. He urged them several times to settle their differences and avoid a full trial, but they went ahead with it anyway. Now a significant portion of that money will go to lawyers instead of to the children.

If you plan to hire a lawyer, make sure you have all the information and documentation about your case so you can use your time wisely. Have your questions prepared and only contact them during a case when necessary. This will also help your lawyer provide a better service.