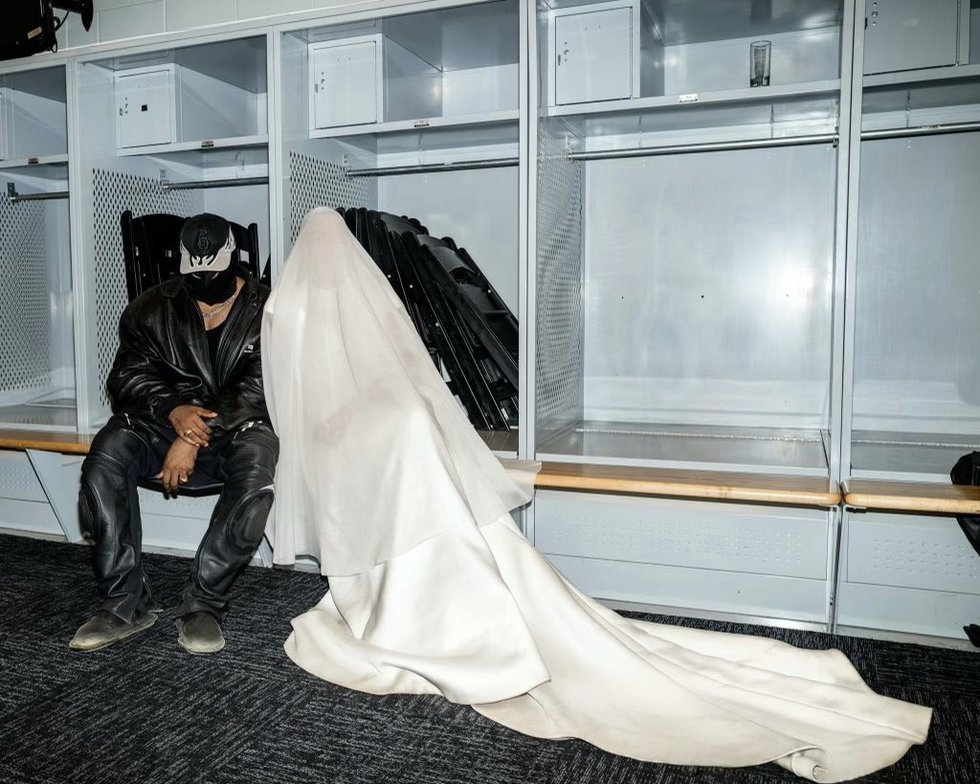 Are Kim Kardashian and Kanye West back together? Kanye’s spreading the word they are, but, according to the NY Post, the Wests’ marriage is still heading south.

What onlookers are saying, and likely what’s contributed to the buzz, is that the couple, who separated early this year, is getting along. More than getting along.

Page Six reported Kim and Kanye were seen holding hands as they left a Chicago promotional party on August 26 to promote the upcoming release of Kanye’s long-awaited “Donda” album. This was the third time Kim appeared in public at one of the listening parties to support her children’s father.

Speaking to PEOPLE, a source confirmed Kardashian has been flying their four children to see their dad, who’s “in complete work mode right now.”

The power duo, who were married for six years at the time they announced their separation this past February, are parents to North, 8, Saint, 5, Chicago, 3, and Psalm, 2.

Nearly seven months in, Kim Kardashian and Kanye West’s divorce should be well underway. And, according to numerous sources, their separation has, so far, been amicable. And that’s not only because they had a solid prenup in place.

Though Kim and Kanye are a celebrity couple with an ultra-high net worth, there’s a lot divorcing couples can learn from them when it comes to co-parenting through the divorce process.

A source told PEOPLE Kim and Kanye’s primary aim during their divorce is to put the children first.

For now, sources confirm the children are staying primarily with Kim. However, Kim wants Kanye to remain a major part of their children’s lives; he has the opportunity to visit or FaceTime whenever he pleases.

In between work gigs, Kanye resides in Cody, Wyoming, while Kim lives in Los Angeles with the kids.

As a divorce and family lawyer, I cannot emphasize to my clients enough how important it is to put the children’s needs first. That means allowing each parent to have access to the kids, barring situations in which there’s abuse.

Kim seems to be doing just that, despite the physical distance. Kudos to them.

Their casual approach may not be for everyone. A skilled divorce and family lawyer who understands each family has a unique dynamic can create a schedule that works for all involved.

Set aside any differences.

Kim and Kanye are no strangers to conflict, in private and in the public eye.

Kanye’s presidential bid in the 2020 election and outbursts on social media have made him infamous in many circles. Kanye has gone so far as to accuse his wife and mother-in-law, Kris Jenner, of trying to “lock him up.”

Still, say sources, Kim and Kanye are putting aside their differences to co-parent.

This decision should demonstrate to other divorcing parents that despite any animosity or bad blood in the past, the children’s needs can be a priority.

Civility remains possible as long as couples have the will to work toward it, no matter the situation. Hopefully, that means Kanye will be giving Twitter a rest for a while.

By most accounts, Kim and Kanye’s decision to seek joint custody of the children is a beneficial one. It’s likewise a decision with benefits well-supported by the research.

More than 50 studies of joint physical custody show that when children spend at least 35 percent of the time with each parent, as opposed to one parent retaining all or most parenting time, children experience positive social, psychological, and academic outcomes.

Additionally, according to the studies, children of divorce are less likely to smoke, drink, and use drugs. They’re also less likely to develop mental illness.

The rest of the family benefits as well. That includes dads. Amy Henderson, the founder of TendLab, a consultancy that helps companies implement strategies to help men and women balance parenting and work, has spent years researching this concept.

In her book “Tending: Parenting and the Future of Work,” released in April, Henderson suggests that when mothers and fathers are involved in their children’s upbringing, they’re more successful in the workplace. It’s not by accident.

Henderson explains that the skills men and women learn at home can carry over into the workplace. These include creativity, emotional intelligence, and empathy.

Look for a lawyer who focuses on what’s in the best interests of the children first.

As you search for a divorce and family lawyer, it’s important to interview a few. That way, you can ensure that you have a lawyer on your side — and your children’s.

More specifically, you should seek out a divorce and family lawyer who practices law with civility in mind. Their goal will be to stay out of the courtroom whenever possible. The moment you let a judge determine your fate and that of your children’s, decision-making is out of your hands.

You will essentially be a the mercy of someone who, quite literally, may have had a matter of minutes to become acquainted with your case. Still, you will be bound to follow the judge’s ruling, even if you don’t agree with it or that it’s in the best interests of your kids.

A good divorce and family lawyer will also be comfortable working with your spouse’s lawyer to develop solutions that will protect your children from the emotional turmoil a divorce can cause them. If you speak to a lawyer who wants to use your children as pawns, use the court as a tool, and tells you they’re unwilling to communicate openly with your spouse’s lawyer, continue your search.

Your divorce and family lawyer sets the tone for your divorce can make or break your case and your family. Choose one who supports strengthening the family unit instead of tearing it apart.

Through my years as a divorce lawyer, I learned that no divorce is “normal” and that each divorce and family dynamic is unique. Therefore, it’s important to address the needs of each family individually.

Whatever the situation, the evidence from case studies remains clear: the need to prioritize the growth and development of children to become happy, healthy, and successful adults.