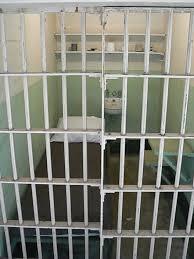 Child support battles are almost always acrimonious. Sometimes they turn criminal and tragic. People can snap under the pressure and do heinous acts. In one case, a mother finally got the justice she deserved after a 15 year battle.

The mother heard that her four-year-old daughter had fallen off a sea cliff to her death while with her father. She knew that the father hated the child and believed that she was thrown off the cliff. She wanted him to take responsibility. He never did.

The case went to trial twice. Both times the jury deadlocked over the issues. On the third time though, a new witness came forward and said that he overheard the father saying it would be nice to get rid of the child before the incident. The jurors also went to the cliff to examine it and believed there was no good reason for a four-year-old to be up there and that there was no way the injuries on the body would be consistent with tripping and falling off the edge as the father suggested. The child would have hit the cliff face and landed closer to the cliff.

The man was sentenced to life without parole.

If you believe that your partner may do something criminal to stop or hinder a family law proceeding, talk with a lawyer immediately. Elise Buie Family Law Group, PLLC is here to help you. Call today for a free consultation.