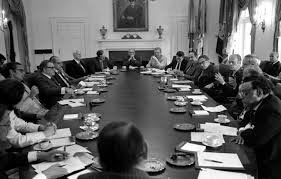 Every lawyer of any stripe has their share of war stories, but the ones from family law can really take the cake. Reddit recently asked divorce lawyers to share some of their favorite divorce stories. Over 6500 comments have been added to the thread, and some of the stories are real doozies.

“Had a husband and wife go toe to toe over an ashtray they got in Vegas at some point (neither smoked strangely enough). Spent nearly $5,000 for me and another attorney to duke it out in court over the silly thing. Prior to proceeding, I explained what the cost would be for to argue over something silly like this and that he could give me $2,500 and I would fly to Vegas for the weekend and get him an identical one instead. He said he didn’t care about the costs because he intended to smash it on the courthouse steps in front of her if we won. We won and he followed through with the smashing. He laughed and said the look on her face was worth much more than $2,500. People get crazy in divorce proceedings!”

You could read the Reddit thread for more stories, but fair warning. Many of the stories are quite graphic. The heated emotions in a divorce can drive people to do things they would never think of doing. It can be very helpful to have a close friend or a counselor you can vent to so you can have a clear head during negotiations.

Do you have questions about divorce? Are you worried that your spouse, or even yourself, might do something you’ll later regret during the proceedings? Speak with Elise Buie Family Law Group, PLLC. We can guide you to resources that can help you cope with the emotional side while we deal with the legal side. Call today for a free consultation.