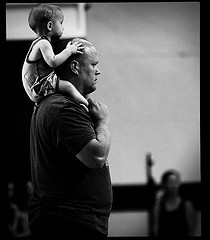 Divorce judges have it pretty tough. The lawyers and the couple in a divorce case are all trying to sway the judge’s opinion. Their final ruling will have consequences that will remain for the rest of the couple’s lives. Deciding what is “fair” in such a case isn’t always clear, but a decision must be made.

In some states, lawmakers are trying to make this decision easier for judges by codifying rules for divorce payments into law. This is somewhat similar to mandatory minimum sentencing laws. Florida, for instance, has tried twice now to eliminate permanent spousal maintenance (alimony) and instead make it temporary. They also proposed to put a cap on maximum payments and to disallow any spousal maintenance for a marriage that lasted less than two years in most cases.

But this bill failed because an amendment was added that would have made a 50-50 child custody split the standard in Florida. While it looks fair on the surface, Florida’s family law still leans heavily toward the idea that the father is the economic provider for a child and the mother provides the direct parenting. Critics say that not all parents are equally skilled or suitable for parenting, and so the bill was killed.

Divorce is such a tricky and complex subject that it is very hard to determine what is fair. What we can do at Elise Buie Family Law Group, PLLC is go over the relevant issues, give you our opinion based on previous cases, and fight for your rights in family court. If you are considering or facing divorce and you live in Washington, call us today.