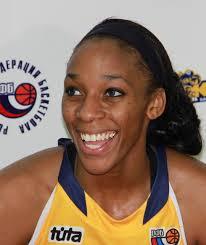 Stereotypes of spousal maintenance normally have the man paying maintenance to the woman, but in today’s world the income of men and women are much more equal than just a few decades ago. This has lead to numerous challenges about whether or not spousal maintenance is really necessary. And with today’s new marriage realities, the cases are more complicated than ever.

A couple in Phoenix is in the middle of a spousal maintenance fight. Both are members of the WNBA, and one of them is pregnant. The pregnant woman, Glory Johnson, is seeking $20,000 a month in spousal maintenance because her income from playing basketball is going to end until next season due to the pregnancy.

However, the other partner, Brittney Griner, says that isn’t necessarily the case, citing that other WNBA players have played while pregnant. Johnson countered by saying that her pregnancy was high-risk, but Griner’s lawyer presented Instagram photos of Johnson playing laser tag and racing go-carts.

Neither of the women made money during their very short marriage. They were suspended from the league due to a domestic dispute. The judge in the case has 60 days to make a decision about the case.

Family law judges have to make decisions like this every day, and it is up to family lawyers to argue on behalf of their clients. Spousal maintenance is an equitable principal in Washington with the Court weighing need versus ability to pay. Call Elise Buie Family Law Group, PLLC for a free consultation about your situation. We can help. Our law practice serves the state of Washington.