Staying in a Bad Marriage for Too Long 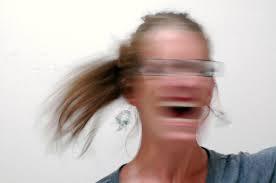 The reasons people divorce are many, but there are also many reasons why someone may stay in an unhappy marriage for far longer than they should. Sometimes a person may be “too good”, sticking to rules they grew up with about how marriage is supposed to work even when one person is clearly breaking them.

A Dear Abbey letter shows a case in point. One man in a 40 years marriage has had enough. According to the letter, his wife doesn’t take care of herself or the house, belittles him often, and they have slept in the same bed for 20 years. She doesn’t cook, clean, and spends money frivolously. She also refuses to go to counseling because she believes she doesn’t have a problem.

He says he would seek a divorce but can’t afford one, and that he could have had an affair long ago but wouldn’t go through with it. The advice that he received is that he should go see a counselor himself to find out why he stayed in a marriage like that for so long. It was also recommended that he receive advice from an attorney about the spending.

People who grew up in a broken home themselves may be extremely reluctant to pursue divorce. They may remember all the ugliness that happened and make a promise to themselves to never repeat the same thing. But sometimes it is healthier to end a relationship than to let it go on unhappily. Counseling is an excellent first step.

Do you need assistance finding marriage counseling resources in the area? Contact Elise Buie Family Law Group, PLLC for a free consultation, or check out our list of recommended reading materials about marriage and divorce on our webpage.