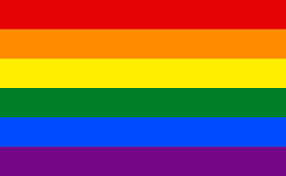 Now that same-sex marriage has been legalized across America, that means that same-sex divorce is also legal. The first cases are starting to roll in for states across the country, and for some it’s been a sigh of relief. Same-sex couples who got married in a state where it was legal, then moved to one where it wasn’t, have ran into many roadblocks getting their divorces finalized.

One couple got married in New Hampshire and moved to Texas, then wanted a divorce four years later. One woman filed for divorce. The other wanted the state to act as if the marriage never happened. But a Texas judge said that neither option was possible under Texas law. They fought in court to get a resolution in their favor for two years. Now that the Supreme Court has legalized the marriage, the judge let the order go through.

However, if the case had been more complex, say if there were children or a home involved, the case may still have dragged on. Many states have divorce laws that are not gender-neutral. This makes it difficult for judges to rule according to the law in same-sex couple divorces. It is up to legislators, and continued work by family lawyers in states across the country, to push for gender-neutral language in divorce laws so same-sex couples can divorce without extra complications.

If you are a same-sex couple seeking a divorce, you will need the help of a family lawyer who can interpret the current laws of your state. If you live in Washington, contact Elise Buie Family Law Group, PLLC for a free consultation.