“The Donald” at it Again – Can Nobody Control Him? 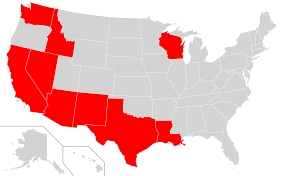 Donald Trump has been receiving a lot of negative media attention in the past few days. This alone isn’t noteworthy, as he has been receiving less than stellar attention for the past 12 months. What makes this round of news blasting more interesting is the fact that it is coming from fellow Republicans. It is well known that the Republican Party establishment loathes “The Donald”, but this was highlighted by the outrage expressed in response to his most recent comments. Donald Trump made disparaging comments about the speech given at the Democratic National Convention by Mr. Kahn, a Muslim man whose son died serving in combat in Baghdad in 2004.

Donald Trump responded to Kahn’s speech by attacking “radical Islamist terrorist” and “the attempts by such people to enter the United States.” His comments were not out of character and largely fit with his greater anti Muslim campaign theme. Additionally, he insinuated that Mr. Kahn’s wife was forbidden to speak at the convention based in some part on Islam.

Prominent party members have condemned Trump’s behavior in no uncertain terms. John McCain, a decorated war veteran and POW said in a written statement “I cannot emphasize enough how deeply I disagree with Mr. Trump’s statement. I hope Americans understand that the remarks do not represent the views of our Republican Party, its officers, or candidates.” Other Republican leaders including Mitt Romney and John Kasich have criticized his statements with Kasich remarking that Donald Trump has “no redeeming qualities.”

Many GOP leaders have been in a tricky spot for the past few months because of the unpredictable and volatile behavior of their candidate. This situation was particularly difficult because the GOP has previously been seen as the champion of military. Republican leaders for decades have used buzzwords like “freedom” and “sacrifice” and “hero” to describe military service in the United States. Donald Trump’s words served to undermine a core value of the GOP but they were not enough for party leaders to denounce his candidacy.