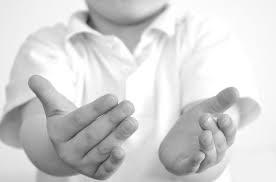 One man in Texas learned this the hard way, and had to work very hard to get his name cleared. He got a letter saying he owed $12,000 in child support. He had paid, so he called the attorney general’s office and got the matter cleared up. The next week he got a letter saying he overpaid his child support by $24,000. So he called again and cleared it up.

A few months later he tried to get a house. His credit score had dropped from 804 to 720. Upon obtaining his credit report, he found that Texas said he still owed $16,000 in child support. This time when he tried to clear it up, the attorney general’s office refused to speak to him. It took a lawyer, a state representative, and attention from the media to get the credit report cleared and the problem fixed.

The state said that he had paid payments directly to his spouse rather than going through the state, so the automated system didn’t record the payments, but the man said he had agreed with the state years ago to do direct payments and had given the state an affidavit of proof.

It is always a good idea to check your credit report at least once a year to make sure there are no hidden problems like these. If you know you have been paying your child support but the state says you haven’t, you may need a family lawyer on your side to clear up the matter. Call Elise Buie Family Law Group, PLLC for a free consultation.