What Happens to Child Support when your Ex goes to Jail? 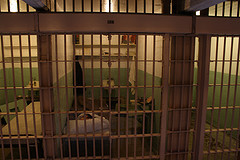 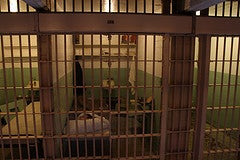 It would be wonderful if all people who owed child support felt a duty to pay it for the sake of the children. Unfortunately, many people try to dodge it by ignoring notices, moving around, or sometimes even physical violence against their exes.

In Sumter, South Carolina, one man was caught doing just that. He has been arrested for criminal domestic violence of a high and aggravated nature. The story from the police report goes like this. The ex-wife noticed that her ex-husband had drove up to her house in the late evening. When she went out to investigate, he dragged her by the hair, slammed her against a tree, and put a gun to her head. He told her that he should have killed her because she told child support enforcement officials where he lived.

It is unknown how to woman escaped the situation, but the man is now in a detention center awaiting his bond hearing.

If someone who owes child support goes to jail, that doesn’t mean that their obligation disappears. The court can examine whether or not the incarcerated person has other assets that could be converted into cash. They will be required to do so unless they can convince the judge why this would be an undue burden on them. If the jailed parent’s situation is especially dire, child support payments could be put into arrears until the jail sentence is complete.

For more information about what to do when the person who owes you child support goes to jail or prison, contact Elise Buie Family Law Group, PLLC.