What Happens When We Get the Leader We Deserve? – Guest Political Blogger 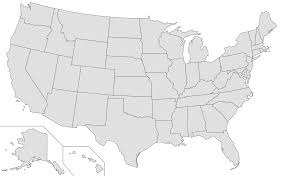 Donald Trump is at it again. Shocking people by doing absolutely nothing new or out of character. The media and prominent Republicans are acting like the newly released videos of Donald Trump’s lewd comments are indicative of a change or an increasingly controversial Donald. The fact is, this conversation as recorded in 2005, more than a decade ago. Donald Trump has probably mellowed since that point in time but absolutely nothing on that recording should surprise anyone. The moral outrage on display by many Republicans is frankly sickening. Where were they when Trump said he was sexually attracted to 11-year-old Paris Hilton?  How about his umpteenth sexual reference to his own daughter, Ivanka? Lets not forget his disparaging comments about the physical appearance of his own Republican opponent, Carly Fiorina.

Donald Trump is disgusting. Anyone who has been pretending otherwise for the past year does not deserve our praise in finally reaching his or her senses. This man has made outlandishly disrespectful comments about every single type of American. Ranging from his accusations that John McCain is not a war hero, to his disparaging remarks about women, to stating that the black community should support him because “they have nothing left to lose” and they “live in hell”, to his reprehensible comments about Muslim and Hispanic Americans. Trump is a vile creature and 3 weeks before the election is too little too late for disingenuous moral outrage.

Even sadder still is the fact that many of the endorsements being rescinded in the wake of this most recent recording release are nothing more than survival tactics for congressional and local Republicans to cling on to whatever shred of dignity may be left in their party. There is no better case to highlight this point than Marco Rubio. This former presidential candidate who is now fighting to keep his seat retracted his previous endorsement of Trump. Don’t be fooled, Marco Rubio cares literally nothing about the comments themselves and is acting solely out of self-preservation. Rubio took one of the hardest stances on abortion seen in mainstream politics since Roe V Wade by going to far as to advocate that rape victims be required to carry the fetus resulting from a rape to term, including fetuses resulting from incest rape.  This man, and frankly the entire Republican establishment in this election, cares nothing about the morality they hypocritically espouse, only when it serves their agenda.

And if you haven’t been thoroughly convinced, imagine if a black man running for president advised someone to “grab her by the pussy?”