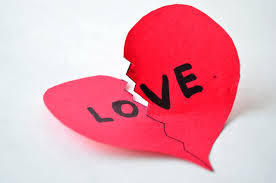 In recent years, marriage rates have hit an all time low in the United States. Some speculate that this is a result of increasing financial independence for women. Without the economic imperative to marry, women are more selective in their dating habits and seek qualities beyond financial stability.

Traditional gender roles are not withstanding the test of time and by tossing them out, many young people in the US are not in any rush to marry.  If men are not assessed based on their ability to financially provide, and women not on  their maternal and home making skills, what are we looking for in a spouse? Better yet, why are people marrying at all?

Today’s marriages are more about equal partnership than ever before. Sharing of responsibility both familial and financial is a cornerstone of real gender equality. This less conventional partnership is also clearly reflected in modern divorce. In the past, mothers would retain primary custody of children and be responsible for the vast majority of child rearing while fathers would pay larger amounts of child support. It is increasingly common however that parents split custody and financial responsibility 50/50.

The institution of marriage itself is incredibly patriarchal and serves very little modern day purpose for economically independent women in the United States. Up until recently the institution of marriage has been deeply rooted in religion, and therefore in religious morality, which requires women in no uncertain terms to assume a subservient role in their marriage.  Another compelling factor for marriage in the past was the antiquated notion that one must be married before being physically intimate. Obviously those ideals are ceasing to be normalized in our culture and this is paving the way for both women and men to embrace their sexuality individually rather than it being defined by their marital status.

Given the above information and the sobering fact that more than 50% of marriages end in divorce, why are financially independent people in 2016 choosing to get married?