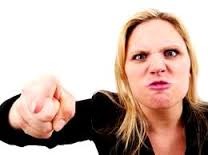 Since Washington State’s 201 decisions to implement background checks on the purchase of all firearms, gun violence has been steadily decreasing across the state.

However, the always-progressive Washingtonians, (or Seattleites I should say) are not satisfied just yet. They plan to do what many major cities have been unable to accomplish, pass some common sense gun reforms when the majority of citizens are in favor. They plan to accomplish this through a ballot initiative. A ballot initiative is when a petition signed by a certain number of registered voters can incur a public vote on a proposed piece of legislation. Ballot initiatives are a rare form of direct democracy and are accepted currently by 24 states.

This wave of gun regulations goes a step further than preventing gun purchases; it is aimed to take away firearms from those who are deemed to be a danger to themselves or others. These new orders are meant to mimic the current domestic violence and sexual-assault orders surrounding firearms in Washington State. Studies throughout the country have shown that firearms in a household greatly increase the chance of both men and women being killed in domestic violence disputes, which are exactly the types of incidents that this proposal hopes to decrease.

A recent poll has found that a 64 percent majority of Washington voters are supporting I-491, (this ballot measure) including many state officials such as judges, prosecutors and police officers. These proposed regulations by the state come as no surprise as Washington has of late been somewhat of a model for implementing it’s own new progressive legislation and there is no better way to do so than a direct vote, out of reach from the NRA’s financial interests.